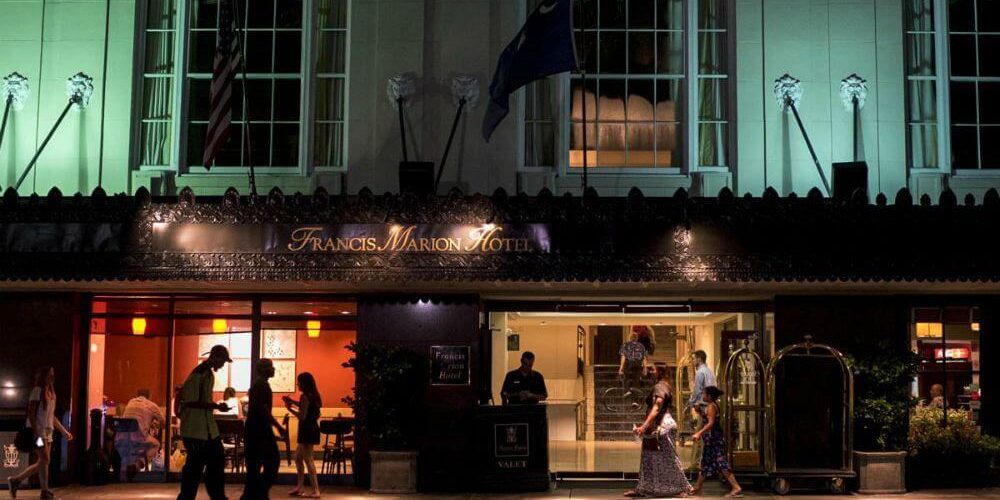 About 150 members of Chaine from across the country gathered at the Francis Marion for the group’s Culinary Weekend.

“Over time, people ask, ‘why are you wearing this thing around your neck?’” Tragakis says.

He’s referring to the group’s tradition of wearing chained medallions when they dine out together, the most visible symbol of the international society’s devotion to French gastronomy. Founded in 1950 by gourmands who took their name from the 13th-century tradesmen who cooked the king’s goose, Chaine des Rotisseurs now has about 7000 members in the U.S.

But it hasn’t had an active chapter in Charleston for nearly a decade, much to the consternation of new residents who counted the Chaine among their favorite social activities where they last lived. “The head of the chapter left, and didn’t find anyone else to replace him,” Chaine des Rotisseurs executive director Kevin Dunn explains. “That’s what happens.”

So Tragakis, who was a member of Chaine des Rotisseurs in Kuwait and Sri Lanka, headed up an effort to restart the chapter. In recognition of its revival, the national organization next month is hosting its Culinary Weekend in Charleston, featuring competitions for young chefs and pastry chefs.